The fire is reported to have been underway since 10.30am and has caused visible damage

A large fire has broken out at the Basilique Saint Donatien in Nantes.

The fire, which has reportedly been underway since 10.30am has demolished three quarters of the Basilique’s roof and continues to be tackled by emergency services.

Ninety firefighters and aircraft were deployed but the flames quickly ravaged the rooftop, leaving just a shell of the rooftop. The blaze was brought under control after several hours.

The fire started shortly after morning Mass and those inside of the building were quickly evacuated, Rev Benoit Bertrand of the Nantes diocese, told local television

Initial reports speculate that the blaze has caused significant structural damage. Radio Cote D’Amour, a local radio station, has cited a police official who believes the fire may have been caused by welders working in the church.

Images, uploaded to social media, show the fire engulfing part of the building with smoke plumes visible far away from the incident.

A security perimeter has been established around the blaze.

The Basilique is one of two in the city and dates back to the 19th century. It is dedicated to St. Donatien and St. Rogatien, two young martyrs who refused to renounce their Christian faith.

The church received ten bells each weighing bvetween 291 and 4,614 kg in 1902 and ring the same aria as Big Ben in the Palace of Westminster. 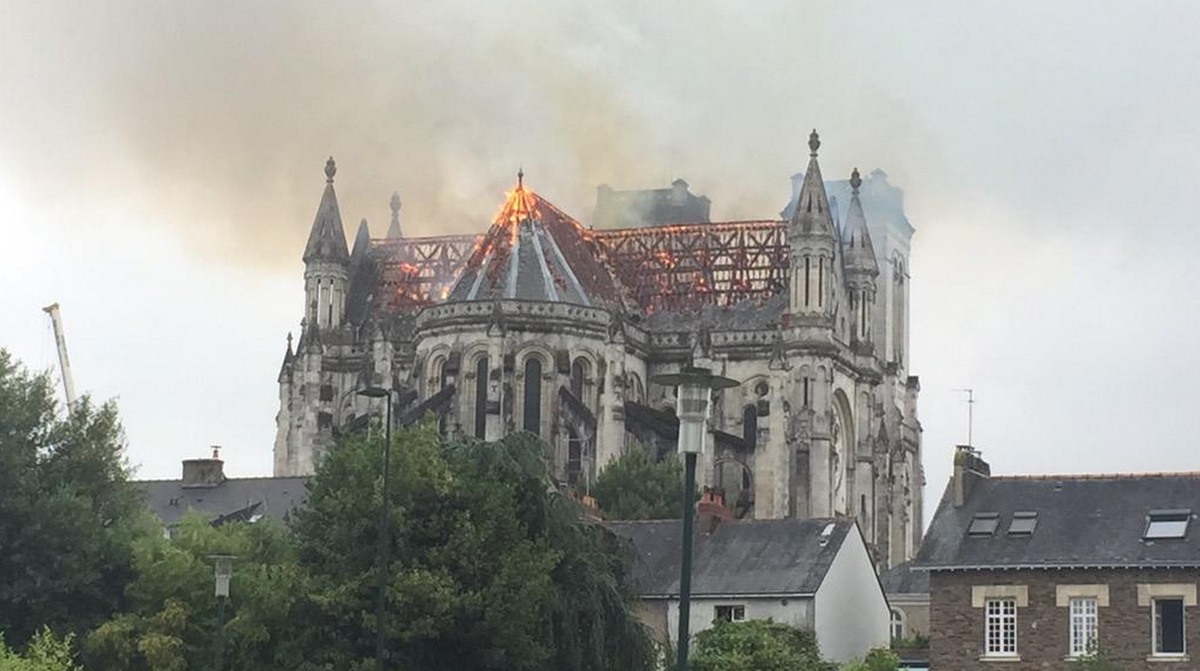